Terpenes: What They Are and How They Work

Terpenes were once thought to deliver nothing more than an enticing aroma to thousands of plants, from cannabis to conifers and lavender to lilacs. From an evolutionary perspective, terpenes help to protect plants from pests and predators with their intense fragrance. Within the past couple of decades, however, researchers have learned that terpenes offer medical benefits to all mammals that rival those of their chemical cousins the cannabinoids.

Linalool is one of the most recognizable aromas of all the terpenes. Linalool is a common terpene found in cannabis but is also naturally occurring in many flowers and spice plants. Over 200 species of plants produce linalool, but it’s best known for giving lavender its distinctive flavor and aroma. Linalool is found mainly in the families Lamiaceae (mint and other herbs), Lauraceae (laurels, cinnamon, rosewood), and Rutaceae (citrus fruits), but also birch trees and other plants from tropical climate zones 1. It’s even been found in some fungi.

A natural relaxant, linalool is often used in aromatherapy as a sleep aid and has been utilized as a treatment for anxiety for thousands of years. Linalool exhibits calming and sedative effects when inhaled, along with lower aggression and higher social engagement. Linalool has been linked to a variety of health benefits2 including analgesic, anxiolytic, sedative, anti-inflammatory, anti-tumor, and antibacterial effects.

Linalool makes up a significant portion of lavender essential oil, which has reported anti-agitation and antidepressant effects3, most likely due to its activity on the NMDA receptor. Linalool is also crucial in the production of Vitamin E in the body.

Linalool is used as a scent in up to 80% of perfumed hygiene products and cleaning agents, including soaps, detergents, shampoos, and lotions. Linalool extract can be applied directly to the skin or inhaled.  Additionally, linalool is used by pest professionals as a flea, fruit fly, and cockroach insecticide and some mosquito-repellent products.

β-caryophyllene (BCP), an ancient remedy to treat pain, is a sesquiterpene found in large amounts in the essential oils of various spice and food plants such as copaiba, lavender, allspice, fig, roman chamomile, cloves, hops, oregano, cinnamon, and black pepper. This special component of the cannabis plant was first discovered in 1964 by pioneering Israeli academic researcher Raphael Mechoulam, who identified it as a terpene. It wasn’t until 2008 that a study by a group of German scientists observed the rare behavior and characteristics that indicated that BCP can also be labeled a cannabinoid.

It binds to the CB2 receptor, acting as a full agonist. This has several beneficial effects, one of which is to increase production and availability of the internally produced endocannabinoid anandamide. Anandamide is a beneficial cannabinoid that plays a critical role in the management of anxiety, appetite, depression, sleep, and pain and is sometimes referred to as the “bliss molecule.”

Typically, when a terpene is combined with CBD oil, the terpene contributes to what is known as the entourage effect, which enhances the therapeutic and quality of experience that a consumer might have. ß-caryophyllene is unique because it is a terpene possessing its own therapeutic qualities while activating the ECS without the addition of CBD.

ß-caryophyllene is widely recognized for its use in both acute and debilitating states of pain relief, but also has applications for immune system enhancement,4 stress and anxiety reduction,5 and anti-inflammation. It also has been found to promote healthy gut and digestion by protecting the cells that line the digestive tract.

Because it is so frequently encountered in foods, it is one of the few terpenes that the FDA recognizes as “safe” to consume in large doses.6

Pinene, one of the most researched and documented terpenes found in cannabis, is available in two varieties: Alpha-pinene (sometimes denoted as α-pinene) and beta-pinene (β-pinene).

α-pinene is the primary terpene found in pine trees which gives them their characteristic “piney fresh” scent. While α-pinene is the most familiar and commonly found terpene in nature and is found in pine and conifer trees, rosemary, and orange peels, β-pinene is responsible for the more earthy aromas such as those found in basil, dill, parsley, and hops.

α-pinene is also a critical component in priming the human body to receive the healing benefits of CBD8 through the endocannabinoid system. So when α-pinene is used in tandem with high-quality CBD products, the “entourage effect” indicates some highly powerful medicinal uses. 9

Because α-pinene can cross the blood-brain barrier -– the mechanism that protects the brain from most substances that disturb neural function and brain composition -– α-pinene has been found to improve cognitive function and memory, increase focus and alertness, and reduce anxiety. It also has many promising uses in patients with Alzheimer’s and other neurodegenerative disease (Parkinson’s disease, Huntington’s disease, multiple sclerosis, etc.).

A 2011 study conducted by Russo and published in the British Journal of Pharmacology noted the anti-inflammatory properties of alpha-pinene and potential efficacy for inflammation-based patients, including those suffering arthritis, cancer, and Crohn’s. “It is anti‐inflammatory and is a bronchodilator in humans at low exposure levels,” reported the researchers, adding “Beyond this, it seems to be a broad‐spectrum antibiotic.”

Myrcene was discovered to be the most abundant terpene in many cannabis strains. Myrcene is a monoterpene, the smallest of terpenes, and is found in very high concentrations in sweet basil, hops, mangos, and cannabis. It gets its name from Myrcia sphaerocarpa, a medicinal shrub from Brazil high in myrcene. In terms of aroma, this molecule produces an earthy, spicy, clove fragrance in the strains of cannabis in which it dominates. Myrcene’s major effect is sedative in nature, resulting in relaxed muscles and a reduction of pain. It is also used to treat insomnia. Myrcene is a recognized sedative as part of hops preparations (Humulus lupulus), employed to aid sleep in Germany (Bisset and Wichtl, 2004).

Myrcene has been found to block the cancer-causing effects of aflatoxins travel to many of our food sources from fungi. 12 Myrcene’s inhibition of the liver enzyme CYP2B1 is responsible for these anti-mutagen effects. It also mitigates DNA damage from toxins such as t-butyl-hydroperoxide. 13 Myrcene has also been used for many years as a folk remedy for hypertension, diabetes, diarrhea, and dysentery.

Limonene, a cyclic monoterpene, has a pungent citrusy, bitter odor and flavor. Unsurprisingly, limonene’s highest concentrations are found in citrus fruits. Limonene also occurs naturally in a variety of other trees and herbs including pine, rosemary, mint, fennel, and juniper.

A terpene with a broad range of uses, limonene is commonly used in perfumes, household cleaners, food, and medicines. Limonene’s widespread use is largely due to its very low toxicity.

Like other terpenes, limonene conveys many medicinal benefits, including improvements in digestion, mood enhancement (helpful in the treatment of anxiety and depression), and significant anti-inflammatory properties. It is these anti-inflammatory characteristics that give limonene special value for hundreds of diseases and conditions related to inflammation, including cancer, arthritis, and asthma.

In addition, limonene has been found to aid in combating acid reflux (including heartburn) and decreasing anxiety. This valuable terpene has also been shown to dissolve gallstones and is a mild appetite suppressant. Limonene also has been established as an antimicrobial, antibacterial,16 antioxidant agent, and potentially contains numerous other health benefits.

Terpinolene is one of the many terpenes in the terpinene and pinene family. While they all share the same molecular formula, weight, and construction, the placement of the double carbon bond differentiates them. This defines their unique synergistic qualities when combined with CBD products for therapeutic benefits. 21

Terpinolene is found in oregano, marjoram, cumin, lilac, some citrus rind and conifers.

Terpinolene is popular in the scientific community for its antioxidant, 22 antibacterial,23 and antimicrobial24 properties in addition to the growing evidence for potential use in fighting cancer,25 treating anxiety, and improving cholesterol levels. Terpinolene also has notable sedative and sleep aid qualities. 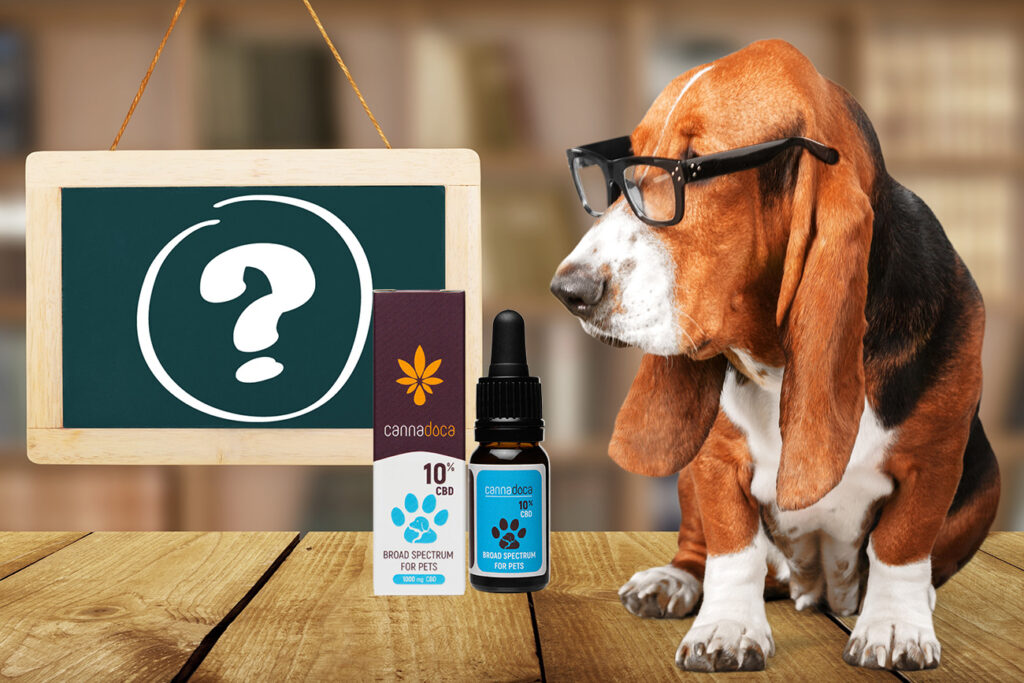 14 most common questions about CBD Oil for pets

You’ve already researched what CBD oil for pets is and the potential benefits it can have on your pet’s wellbeing. But you probably still have a few more questions? 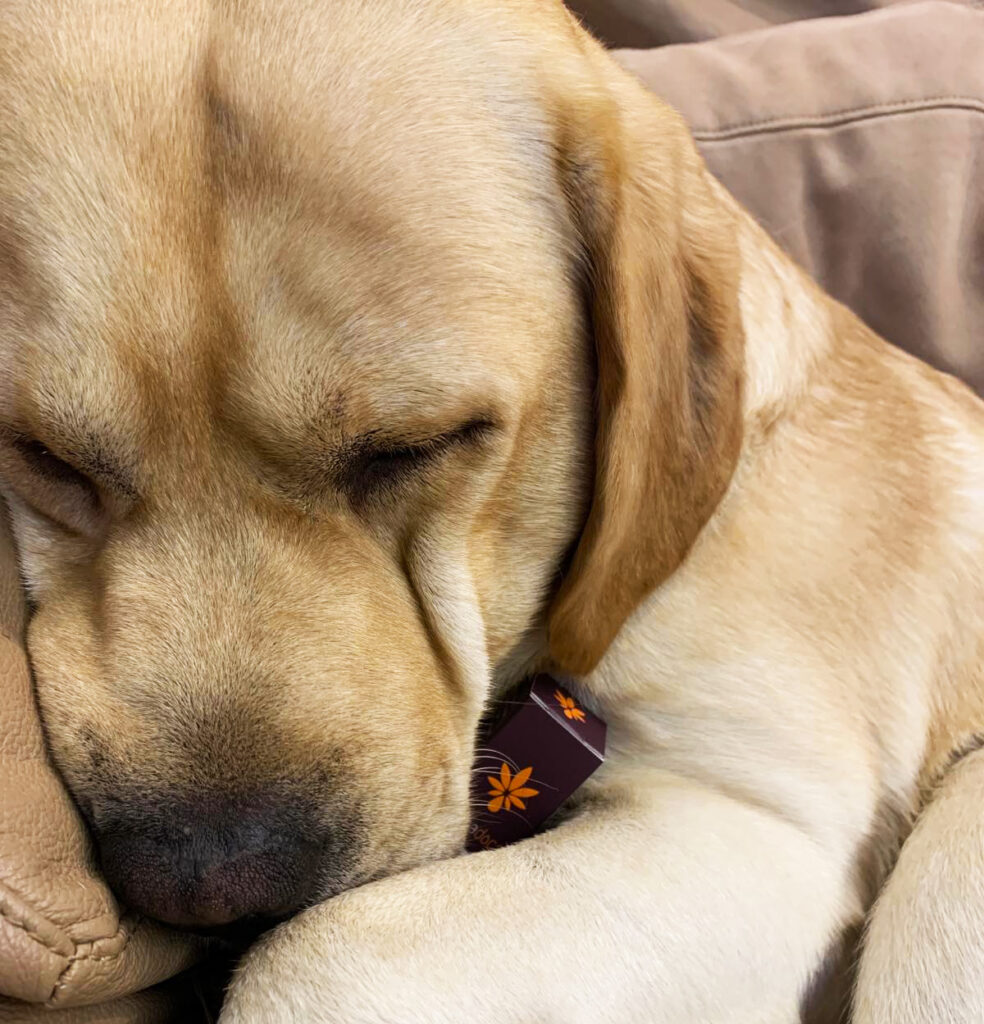 CBD Oil For Dogs: What You Need To Know

CBD Oil for dogs is becoming increasingly popular among pet owners who are looking for more natural and safe ways to help their pets. 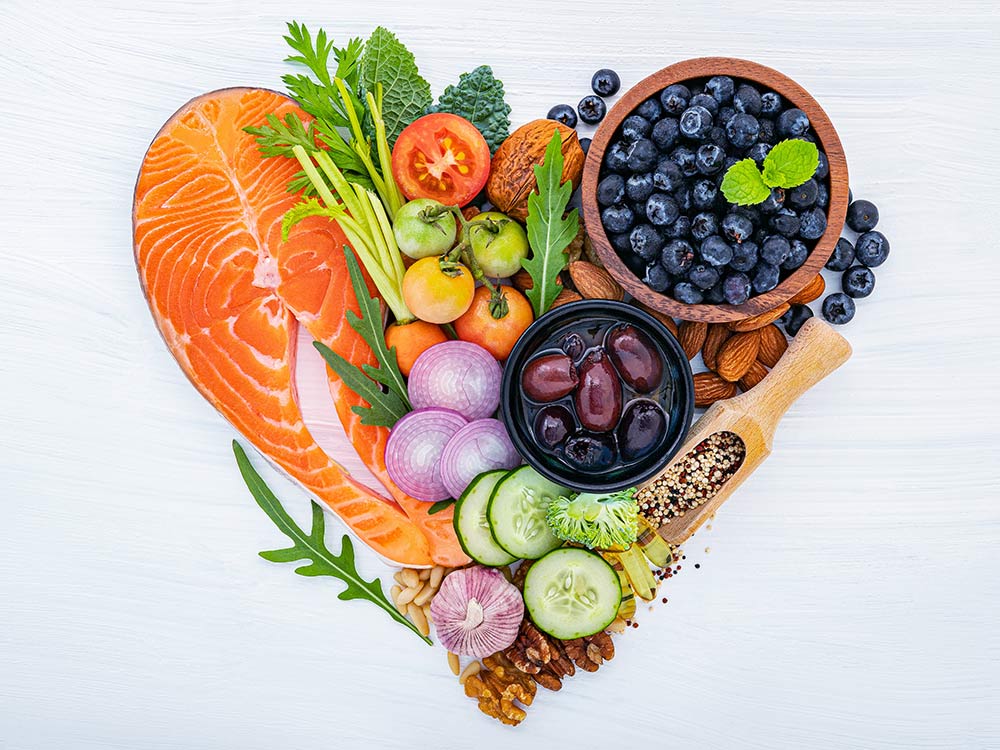 What Are Essential Fatty Acids? Omega 3-6-9

It’s common knowledge that Omega fatty acids are good for our health. But when it comes to Omega 3-6-9 – differences exist. But what are they? What’s also important is making sure not just that you get enough – but that you get them in the right amounts.

14 most common questions about CBD Oil for pets

You’ve already researched what CBD oil for pets is and the potential benefits it can have on your pet’s wellbeing. But you probably still have a few more questions?

CBD Oil For Dogs: What You Need To Know

CBD Oil for dogs is becoming increasingly popular among pet owners who are looking for more natural and safe ways to help their pets.

What Are Essential Fatty Acids? Omega 3-6-9

It’s common knowledge that Omega fatty acids are good for our health. But when it comes to Omega 3-6-9 – differences exist. But what are they? What’s also important is making sure not just that you get enough – but that you get them in the right amounts.

We use cookies to ensure that we give you the best experience on our website. If you continue to use this site we will assume that you are happy with it. Find out more.